Persistent truncus arteriosus is a rare congenital heart defect in which the aortic arch, pulmonary arteries, and coronary arteries arise from a common great artery originating from the base of the heart. It occurs in 1% to 4% of all cases of congenital heart disease. Truncus arteriosus is typically fatal without intervention in early infancy; however, with current surgical therapy most children with truncus arteriosus survive. Most cases are sent to surgery based on echocardiographic imaging alone. Accurate noninvasive imaging is critical to defining the cardiac anatomy, guiding appropriate surgical management, and following these patients in the long term. 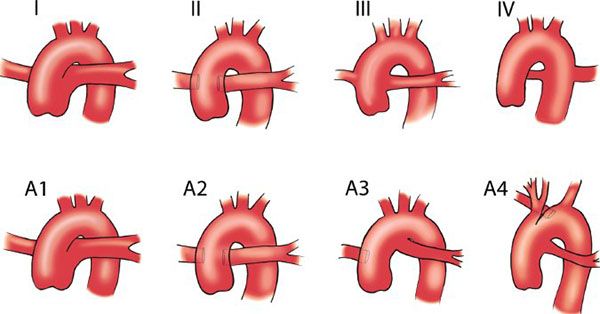 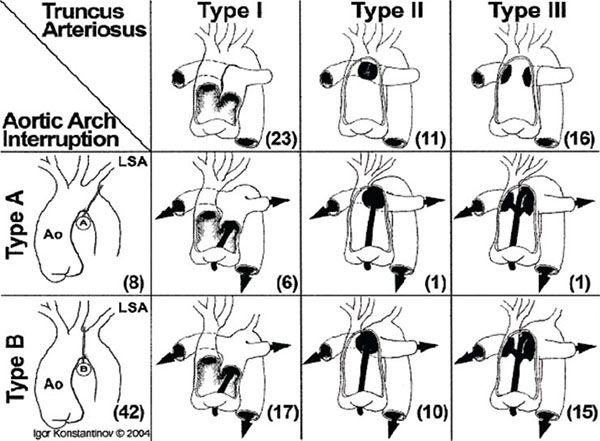 Truncus arteriosus may be diagnosed prenatally with fetal echocardiography, although it can be difficult to diagnose from traditional obstetrical screening ultrasound four-chamber views. One of the keys to fetal diagnosis of truncus arteriosus is correct identification of the origin of the pulmonary arteries from the posterior aspect of the aorta (Videos 18.1 and 18.2). Patients not diagnosed prenatally with truncus arteriosus typically present during early infancy with tachypnea, feeding difficulty, failure to thrive, or other symptoms and signs related to pulmonary overcirculation as pulmonary vascular resistance falls. Patients with truncus and interrupted aortic arch typically present earlier because of decreased perfusion. The cardiac examination in patients with truncus arteriosus typically demonstrates a hyperactive precordium and a widened pulse pressure. There is characteristically a loud single S2, with a loud systolic murmur. Patients often have a click from the truncal valve and may have a diastolic murmur if there is significant truncal valve regurgitation. The chest radiograph demonstrates cardiomegaly and increased pulmonary vascularity because of an increase in pulmonary blood flow. One-third of patients have a right-sided aortic arch. The electrocardiogram typically shows biventricular hypertrophy. 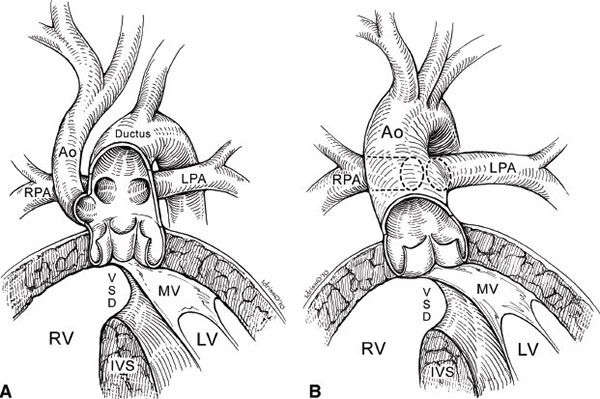 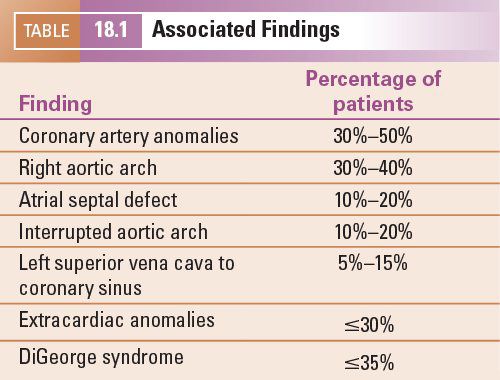 Echocardiography has evolved as the modality of choice for diagnosing the many anatomic variations of truncus arteriosus. The anatomic information obtained from two-dimensional and Doppler echocardiography is usually sufficient to send the patient for surgical repair without the need for further testing.