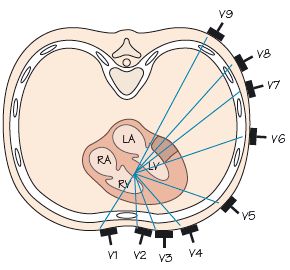 Fig. 13.3 ECG showing ST segment elevation myocardial infarction (STEMI). (a) Acute anterolateral STEMI (ST elevation in lead I, aVL, V1–5), with ST depression in lead II ( just!), III and aVF. The major deflection of the P wave in lead V1 is a late negative one, indicating left atrial enlargement. This ECG suggests occlusion of the proximal left anterior descending coronary artery, or possibly the left main stem. Prognosis in part relates to the number of leads with ST elevation; the more, the greater the mortality. Seven leads with ST elevation indicate a higher than average mortality. (b) Inferior lead STEMI: ST elevation is seen in the inferior (II, III and aVF) and lateral leads (V4–6). There is evidence of posterior infarction with downward sloping ST depression in leads V1–3. If the ST elevation is greater in II than III, usually it is the right coronary artery that is occluded, whereas if lead III ST elevation is greater than in lead II (as here) usually the circumflex artery is blocked. The lateral and posterior changes suggest a very large and probably dominant circumflex has occluded. 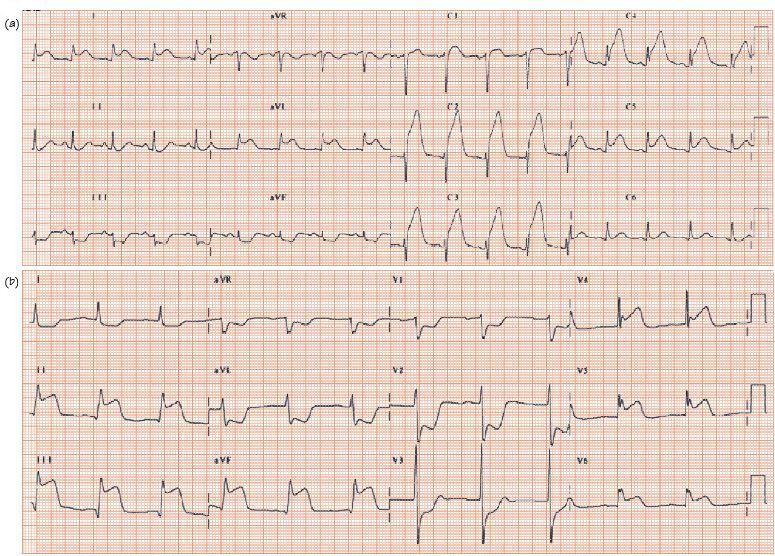