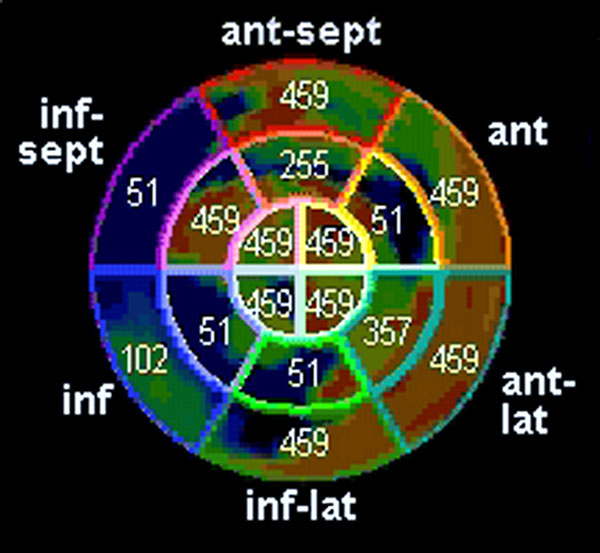 Question No. 1: This case shows presence of:

As much as 30% of patients, selected based on the electrocardiographic (ECG), heart function (New York Heart Association class), and ejection fraction (EF) criteria, do not respond to cardiac resynchronization therapy (CRT). In addition, patients with left ventricular (LV) systolic dysfunction, narrow QRS complex and subtle signs of dyssynchrony are frequently encountered in clinical practice. Since CRT is a costly therapy, varying from $45,000 to $80,000, there is a need to identify appropriate responders, as well as accurately measure dyssynchrony. 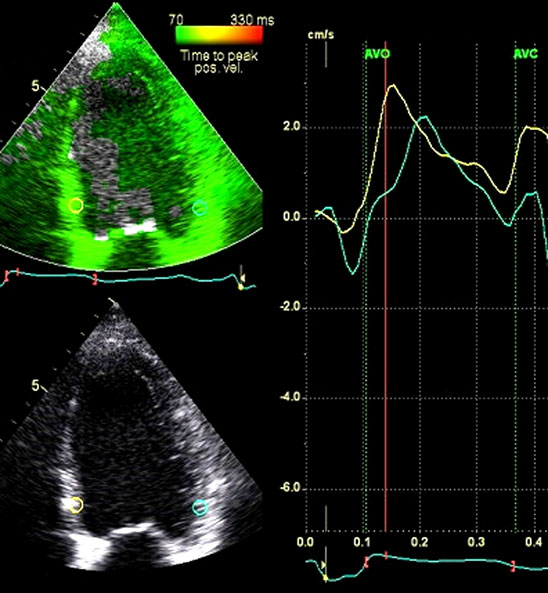 Figure 62.2. Septal-to-lateral-wall dyssynchrony as seen by tissue Doppler velocity imaging for measurement of time to peak systolic velocity. The yellow line, representing the region of interest on septum, peaks much earlier than the green line, which represents the velocity of region on interest of lateral wall. In this case it was 65 ms, indicating that the septum reaches peak systolic velocity 65 ms, hence it is dyssynchronous with the lateral wall by 65 ms.

The interest in echocardiography to predict response to CRT markedly diminished after the PROSPECT and Mayo clinic studies in which none of the studied parameters could predict response to CRT in a reproducible manner.2,3 These studies included not only tissue Doppler but, in the Mayo Clinic study, two-dimensional (2D) strain as well as 3D volume dyssynchrony indices. However, since the clinical need for measurement of dyssynchrony persists, there is continued interest in development of new methods. 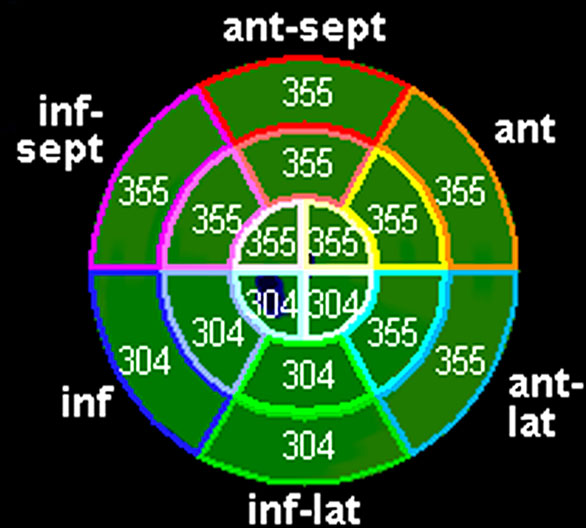 Compared to Figure 62.1, the time to peak systolic radial strain in Figure 62.3