A 65-year-old man who had a transmural myocardial infarction 10 months ago experiences palpitations and syncope. He is brought to the hospital for an electrophysiologic study. The records in Figure 30.1 were taken during the study and show electrocardiographic (ECG) leads I, II and V1 along with electrograms (EGMs) recorded with an electrode catheter from the right ventricular apex (RVA) and lateral wall of the left ventricle (LV lat), both at standard and high amplification (bottom trace). The LV was stimulated through an electrode catheter. As depicted in Figure 30.1, during a programmed stimulation protocol in which the ventricles were driven at a cycle length of 500 ms (Figure 30.1A, S1), double premature stimuli were applied (Figure 30.1A, S2, S3) at varying coupling intervals. At coupling intervals of 280 and 210 ms, ventricular tachycardia (VT) was initiated that resembled the spontaneous VT that was causing the palpitations and captured on a Holter monitor. During tachycardia, single stimuli were applied to the LV at various coupling intervals to a preceding tachycardia impulse. At a coupling interval of 230 ms, tachycardia was terminated (Figure 30.1B). 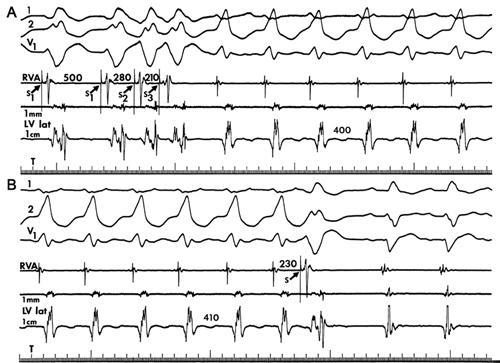 Figure 30.1. VT initiated and terminated by electrical stimulation during electrophysiologic study. (Reproduced from Josephson1 with permission from Lippincott Williams and Wilkens.)

Question No. 2: VT associated with a healed myocardial infarction is most frequently caused by which of the following electrophysiologic mechanisms?

Question No. 3: The electrogram (EGM) in the left ventricle (LV lat) trace has a low amplitude and long duration and is fractionated compared to the EGM in right ventricular apex, which has a high amplitude and a short duration. Which of the following questions about the LV lat trace is incorrect?

A.It is always an artifact caused by poor contact of the catheter with the ventricular wall.

C.Low-amplitude, fractionated EGMs often are found at the site of tachycardia origin.

D.Low-amplitude, fractionated EGMs can be recorded in nonischemic heart disease.

When it was initially discovered in the 1970s by Wellens and by Josephson that programmed electrical stimulation could initiate and terminate VT in patients with healed myocardial infarction,1 the mechanism causing the arrhythmia was speculated to be reentry, but additional proof was needed to support this hypothesis, in light of the recent discovery that triggered activity caused by delayed afterdepolarizations could also be initiated and terminated by stimulation. One way of acquiring additional proof was by making a laboratory animal model that would replicate this clinical arrhythmia.2,3

Transmural anteroseptal myocardial infarction was produced in the canine heart by surgical ligation of the left anterior descending coronary artery (LAD). Figure 30.2 shows the infarcted anterior surface of the LV 5 days after coronary occlusion; note the pale coloration in comparison to the normal right ventricle, which is at the upper right in the Figure. 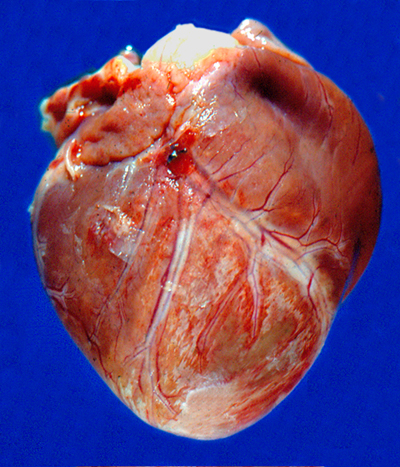 Figure 30.2. Anterior view of a canine heart 1 week after the left anterior coronary artery was occluded near its origin.

Programmed stimulation studies in canines with these myocardial infarcts showed that VT could be initiated by premature stimulation (arrow in Figure 30.3) in an identical manner as in the human clinical electrophysiologic studies, providing an animal model in which the mechanisms for inducible VT could be investigated.2

Figure 30.3. Induction of VT during programmed stimulation by a premature stimulus at the arrow. Time base indicated by arrows at right is 150 ms. (Reproduced from Dillon et al2 with permission from Wolters Kluwer Health.)