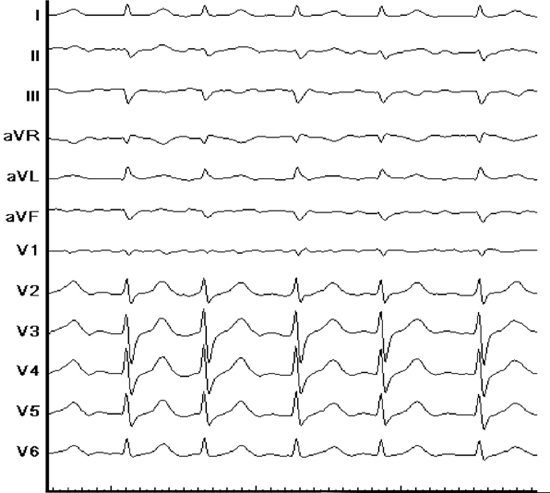 Question No. 1: What are the procedural end points of stepwise ablation approach?

Question No. 2: What are the critical structures for termination of AF during stepwise ablation?

Question No. 3: What are the short and long term clinical outcomes of stepwise ablation?

Question No. 4: What are the characteristics of arrhythmia recurring after stepwise ablation?

After intracardiac introduction of the catheters, baseline atrial fibrillatory cycle length (AFCL) was measured simultaneously with the Lasso catheter in the left atrial appendage (LAA) and the mapping (ablation) catheter in the right atrial appendage (RAA), averaging a recording of at least 10 consecutive cycles to obtain local AFCL in the 2 chambers. Baseline LAA AFCL was 146 ms and RAA AFCL was 143 ms. 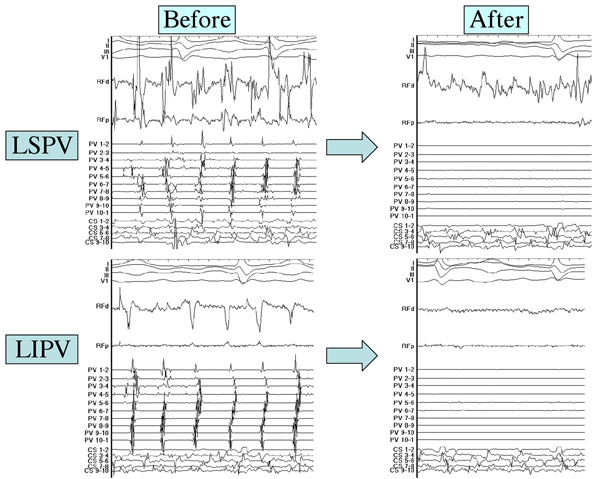 Using stepwise approach for persistent AF ablation, 4 pulmonary veins were isolated at first. Circumferential PVI was performed in a 2 × 2 manner, encircling 2 ipsilateral veins together under the guidance of a single Lasso catheter. Figure 27.2 shows left PVI. The procedural time for PVI was 50 minutes, with radiofrequency duration of 42 minutes and fluoroscopic time of 16 minutes.

Following PVI, AFCL was measured in the LAA/RAA regionally. LAA AFCL rose by 16 ms after successful PVI as shown in Figure 27.3. High gradient between local AFCLs recorded from the pulmonary vein and the LAA before ablation can substantially impact the regional and global AFCL after PVI.